It doesn’t matter where in the world you put a Bajan, if you mention pie, they are going to want a Macaroni Pie. There are numerous famous pies in the world, Apple pie, Shepherds pie, Pumpkin pie. However, if you offer a Bajan a piece of pie and bring anything other than a square, orange piece of cheesy-pasta goodness, then things are going to turn ugly, real fast.

Macaroni pie’s origins come from the English dish ‘macaroni and cheese’. Due to the far reach of the British Empire, there are various incarnations of the culinary masterpiece around the world. Lobster Macaroni and Cheese in the United States of America, Pastitsio in Greece and even the Scottish version, which comes with an actual pie crust. However, like many things from  the Caribbean’s colonial past, it has transformed into something orange.

Bajan Macaroni must be square, it must be orange and it must be oozing when hot. This version  of macaroni and cheese, is not made with a simple cheese sauce, but more of a cheese and tomato sauce love child, which helps to explain it’s tanned complexion. Furthermore, to reach the pinnacle of Macaroni Pie complexity, there needs to be a few extra ingredients. There must also be, some onion, sweet pepper and a couple dashes of pepper sauce. Much debate has been made over what makes up a good Macaroni Pie. Many people have a special ingredient which makes all of the difference. However, if you want to have that proper ‘Back-of-a-Van Taste’, it must have of these components. It must be orange. It must be square. And it must be oozing.

Macaroni Pie must also be able to stand alone. It is traditional to have it with a stew of some sort but, if you eat it and think something is missing, then there is a problem. Gravy is nice but personally I like the pasta to be so hot and coated in cheese that no gravy is necessary. It should be sauced up enough on its own.

In conclusion, Cou-Cou is the National Dish of Barbados, however the truth is there are few dishes that are more common than Macaroni Pie at a Sunday Lunch Table. In fact if you invite me over to your house for lunch on Sunday and there isn’t Macaroni Pie, then I will probably be avoiding your house for at least a month. There is something special about a well made Pie. If you ask a Barbadian if they want Pie and their eyes don’t immediately glaze over with happy memories, they probably aren’t a real Bajan or they have no soul. Either way, Macaroni Pie is home, happiness and a heart attack all rolled into one and it should be respected as such. 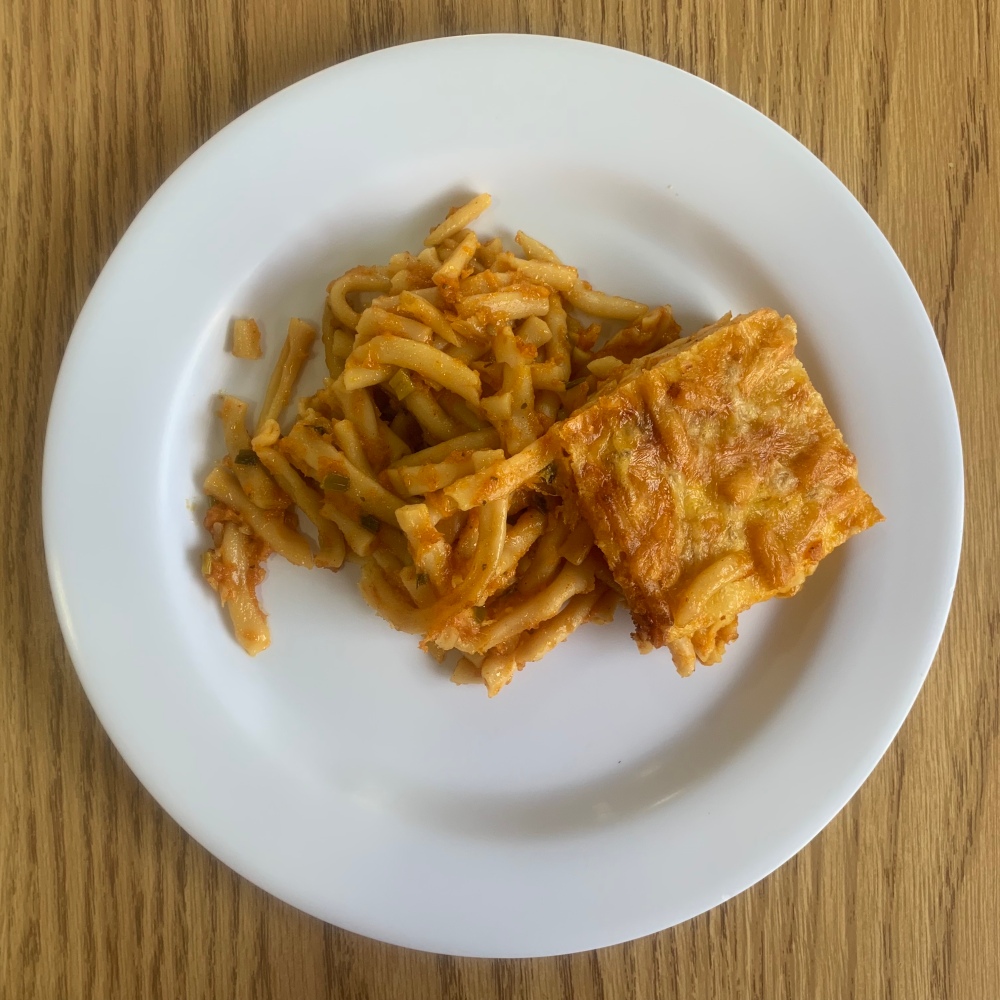