I entered timidly trying not to draw too much attention to myself. Just enough so that I could get  a seat. I contemplated whether or not I was underdressed for the occasion, but the food looked good enough to take the risk.

The menu was made up primarily of offal meats made delectable. I’ve eaten some odd ducks, (pun intended) but I’ve never really gone so far as to enjoy them. This place looked like my golden opportunity to really see what all the fuss was about.

It was dark but not seedy. Like the type of place where someone would be vaping in the corner. There were a lot of deep dark brown woods which managed to soak up all the elaborate lighting, rendering them more ornamental than functional. High stools for the sidebar, but low, large family style tables. Full of contradictions, for example, great food, but not made from anything you would want to eat.

The smiling waitress came over with a menu, suggesting the sweetbreads and I bit. Sweetbreads are the culinary name for the pancreas, usually from calves. They are spherical and turn golden brown quickly resembling chicken nuggets — almost, but they don’t taste anything like chicken nuggets. The texture is very creamy and if not prepared properly there is a rancid quality. Unfortunately, that combination can only lead to an experience that vaguely resembles dining on pre-chewed puke. The question is why would anyone ever risk eating sweetbreads knowing that could possibly be the outcome?

Adventure. I’d say there is a least a 50/50 chance that you will have a good experience. Just know it is a gamble. And that’s the reason why someone flies halfway around the world and decides to eat offal alone. Adventure. Worse case scenario you end up with twice-chewed vomit. Have you ever tried offal? Let us know what your experience has been! 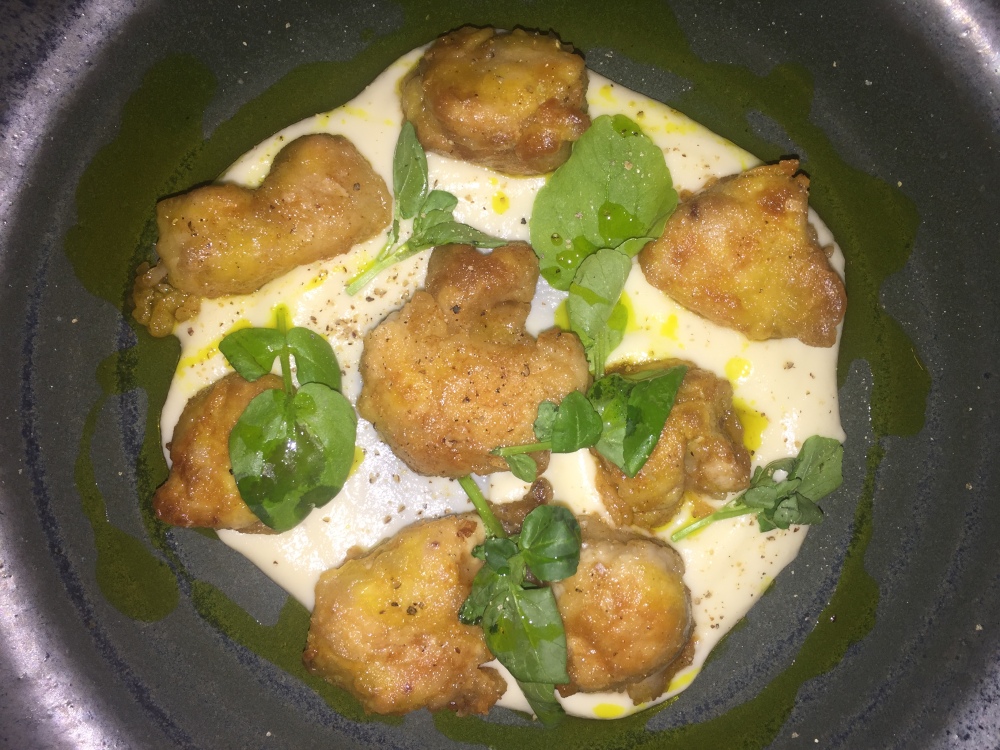